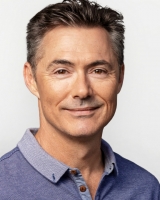 Hi, my name is Tom Kane. Not to be confused with the other famous voice over Artist of the same name who makes a career out of Star Wars voices (although I do do an excellent Yoda and C3PO...and don't get me started on Jabba the Hutt). Aside from being a walking science-fiction encyclopedia, I have been acting professionally for many years and been heavily involved in improv since 2000, appearing in countless productions ranging in style from Shakespeare and Film Noir to improvised musicals. So whatever your need, be it a demonic sheep or a hard-nosed gangster, I'll come up with something on the spot.