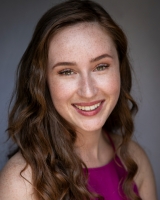 Need a master of accents? Well you’ve come to the right place. From Sinead’s flawless American Accent as heard in Netflix’s Cowboy Bebop to her stunning Southern Irish accent, that has even the relatives in Ireland questioning her birthplace, she’s got you covered.

So she can do accents but what about character work? Sinead’s extensive improvisational training has given her the skills to be able to create fun and engaging characters at the drop of a hat. From her petulant five year old and wasp mum to her automated voicemail character that has even her closest friends fooled into leaving a message.

Trained as both an actress and a singer, Sinead has completed extensive vocal training over the last nine years that has shaped the professional, crisp voice you hear today.