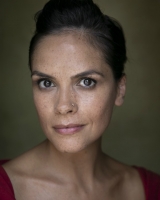 Natasha graduated from Unitec’s Bachelor of Performing and Screen Arts - Acting programme in 2014. Since then she has played a wide variety of characters for both stage and screen. Highlights include the Netflix series ‘The New Legends of Monkey’, short film ‘A Sentimental Thought’ which showed at Cannes, and treading the boards with Pop-up Globe, and Proudly Asian Theatre.

Natasha loves performing as both a commercial and character voice artist. She has a natural Kiwi accent, and a few accents up her sleeve, most notably Neutral Standard American, English, and Australian. Commercially, she can deliver a bubbly upbeat, articulate professional, or a velvety rich feel to a voice over. Her most recent character roles include Gwennen and Asala for ‘Path of Exile’.