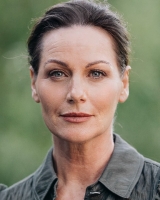 Lisa Chappell is an actress, writer and singer, best known for her Logie Award-winning role as Claire McLeod in McLeod’s Daughters.

Other television and film highlights include Gloss, Desperate Remedies, City Life, The Cult (for which she won Best Performance by a Supporting Actress at the Qantas Film and Television Awards) and most recently Shortland Street.

Lisa is a regular with Auckland Theatre Company and her theatre credits include Six Degrees of Separation, Fallen Angels, The Importance of Being Earnest and Shortland Street – The Musical.

Lisa is a proud member of Equity New Zealand.

Note: The TVNZ 'First Responders' Narration VO is owned by TVNZ, and must not be shared or used outside of being a demo of Lisa's work.