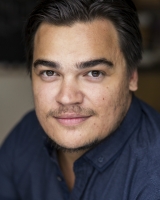 Kieran has always loved imitating cartoon characters. He started with role-playing Mortal Kombat fights, always wanting to be the characters with the best catch phrases. Then when Dragonball Z happened, it was game over. He was sold on all the different characters voices and the greatest catch phrase of his childhood, “Kamehameha!!” would be heard from the other side of the school.

Since then, he’s used his talents in many different forms, appearing in a few Musicals, playing larger than life charaters in Pantomimes, appearing on the big and small screen, to most recently voicing a character in a computer game titled ‘Path of Exile’ where he got to voice ‘The Duellist’....a check on the ol’ bucket list.

If you’re interested in what he’s got, you best “GET OVERE HERE!!” (Mortal Kombat reference, couldn’t help myself)!