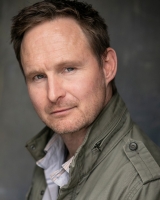 A naturally friendly and upbeat guy, Kelson brings this warmth and energy to his reads. But as a trained actor, through Toi Whakaari: New Zealand Drama School he has the ability to bring emotional depth and drama to any script as required.

He paid his way through his drama school years doing voice work for RNZ. Over his career his versatility and ability to mimic voices and accents has seen him well respected and employed, whether on TV, film, radio or videogame work.

His American accent is considered one of the best in the country, having worked on an American TV show for over three months before the US cast even realized he wasn’t American.

After 30 years in the game Kelson is still excited about the work and always looking to breathe life into a new character or give an interesting touch to a script.