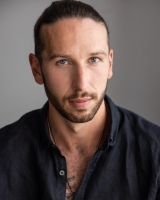 Deep, delightful and diverse Josh’s voice is extremely versatile for any challenge received in the booth.

His ability to go from high energy to soothful soul makes his voice a perfect fit for commercial work. Plus the fact he was born in the UK and raised in New Zealand has meant he has developed a large array of accents, beautifully adept for character and narration work.