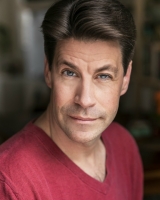 After a successful artistic career in the States, Joseph is thrilled to be working in New Zealand. Joseph has extensive international voice and dialect experience on stage, screen, and in the booth. Whether you want an American or New Zealand accent, Joseph can deliver. He is also a fluent French speaker. Comfortable with character work... perhaps too comfortable. Having voiced content from Shakespeare to monster truck rallies, Joseph's voice has been described as full-bodied with surprisingly tart and savoury notes, and a very smooth finish.