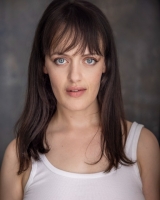 Jaya is an emerging writer, director, and actor who is best known for her award-winning web series, PSUSY.

In 2018 Jaya’s child (PSUSY) won best web series at the Los Angeles Film Festival. Through this win, she gained representation with a literary manager at Silver Lining Entertainment. In 2019 she took the plunge and moved to the US. While the adventure was cut short to COVID-19, Jaya has made the most out of being back in New Zealand, creating a new pilot born out of lockdown which has received an evaluation of 8 from The Blacklist. Jaya has been working on story tables and writers’ rooms for local productions in 2021 whilst developing a variety of series concepts and pilots. She has studied the Meisner Technique for seven years and is mentored by respected coach, Michael Saccente.

Growing up as the lanky weird kid with a strange accent, Jaya has become accustomed to, and even fond of, being an outsider. Born and raised in the perpetually overcast Seattle, she moved with her family to Nelson, New Zealand. Outside of the arts and the industry, Jaya is a budding and enthusiastic roller skater.

Her creative voice is a true reflection of her upbringing and self. Her protagonists are outsiders, othered, always flawed, and invariably sit somewhere on the spectrum of quirky to outright strange.