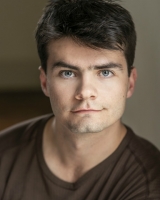 Actor and impersonator James Cain is capable of sounding 40 or 14. Comfortable with shifting his deep relaxed voice to a nervous tremor, he’s been a plucky kiwi adventurer for MOE, a chilling racist for RNZ or a crystal clear presenter for MBIE.  As well as having his acronyms down, he’s got a thorough knowledge of what his voice can do and the tone that’s required for each read. James can also do a whole bevy of old white men impersonations from Anthony Hopkins, Ian McKellen and even the late great Alan Rickman. He’s been in the booth plenty of times, follows direction to a tee and always brings life to a script.

Path of Exile 'The Hunter'