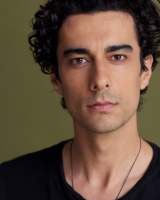 Jackson has always loved impersonating other people and their accents, recalling his first moment imitating Coronation Street while he was in Primary School.

Enter the PlayStation - immediately taking on role playing adventure games, Jackson would spend hours selecting the perfect voice for his character often trialling the voices himself for different situations his character might find himself in. As fantasy movies like Lord of the Rings and Underworld came about, it was the darker, upper class voices Jackson found himself taking on.

Under a more professional light, Jackson has regularly taken singing lessons to tune his bass/baritone voice.