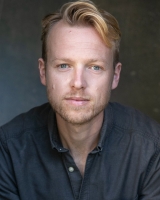 Guy Langford is a vocal gymnast: able to twist, bend, and throw his voice through the hoops of your brief!

With his command of rhythm, tone, and vocal texture, as well as his ability to take direction, improvise, and make interesting offers, Guy is an indispensable voice talent.