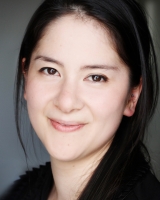 Alice is versatile and creative professional with a background in education and community engagement who believes in creating big opportunities for others. A passionate advocate for the arts, she is experienced in reaching out to engage diverse communities through her practice.

Alice works as an educator and facilitator for a variety of organisations, programmes and festivals. Her work covers improvisation, theatre-making, and creativity: a dynamic, energizing and inclusive practice that spans across a wide range of abilities and ages. Alice is able to create bespoke lesson plans to deliver content in an engaging and honest environment. Alice served as the Education Manager at the Court Theatre and was Founding Director of the Court Youth Company from 2013-2015. During this time she directed all of the company’s shows including the critically acclaimed site-specific work DO NOT TOUCH THE EXHIBITION. She continues to practice as an itinerant theatre tutor for a range of arts organisations including Toi Whakaari: NZ Drama School, The Court Theatre, and Auckland Theatre Company.

Alice continues to work in audience development for a range of arts organisations. She is interested in developing new strategies for leadership and governance in the arts, and is currently on the board of Movement Art Practice and Two Productions. She is also a member of the Asia New Zealand Leadership Network, a global professional network of at the forefront of creating strong links between Asia and New Zealand, and has represented the group at events in Timor-Leste, Thailand, and Malaysia.

Alice is a vibrant performer and available for speaking engagements and as Master of Ceremonies.

Thank you so much for again doing an outstanding job with our young people. I have had fantastic feedback from staff and the kids. Once again a huge thank you I know our kids are challenging but they all loved the program and it’s fantastic to have someone with so much energy out with our kids!

Thanks again Alice for running such a fantastic week for us in. The kids who got to attend the workshops – all feel privileged, very lucky and are buzzing for the experience. And what a tremendous show last night! It’s quite impressive how you can orchestrate such an event – I know it lies heavily on your shoulders and you MCed it in fine form making it such a highlight for the children and parents! Certainly was a full house! and possibly an indication of how the community has embraced your work this week.