A telefeature on Teina Pora, a musical love story and new seasons of Westside and Jono & Ben 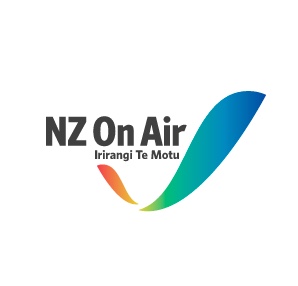 are just some of the tasty offerings to get NZOA funding this round.

We're looking forward to casting on all!

For more info on the money allocated in the July round see HERE. Note this is the first round under the new funding model.

The Matariki Awards 2017 were held Friday 21 July at the Auckland War Memorial Museum. 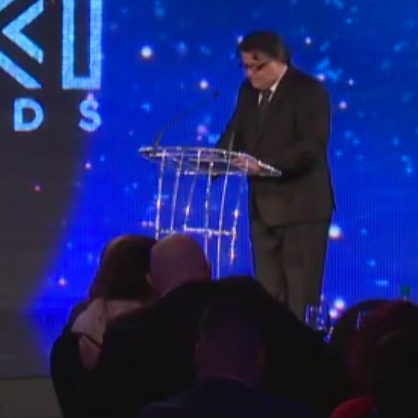 Hosted by our Pio Terei alongside Stacey Morrison The Matariki Awards recognise Māori excellence across a wide range of disciplines.

The Matariki Awards were established in 2016 and recognised a need to honour the commitment and success of individuals and organisations whose passion and innovation makes a difference to the community and country.

You can virew the awards on demand HERE.

Our Pio Terei has been a busy man as usual, MCing a large number of conferences already this year, 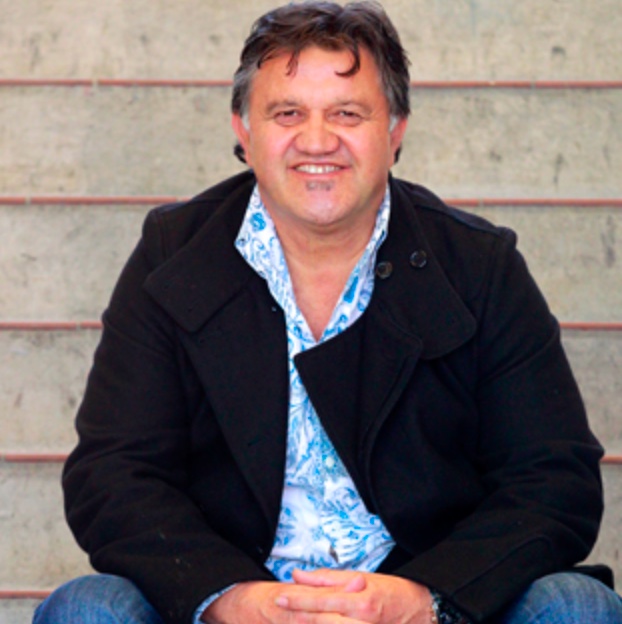 the most recent being IPWEANZ, FRUCOR and RIMS.

If you're interested in having Pio along to MC or Speak at your event, contact us on actors@aucklandactors.co.nz or +64 9 376 5233

And make sure you tune in to Maori Television on 21 July to see Pio host the MATARIKI AWARDS, live from the Auckland War Memorial Museum, 8.30pm.

The TVNZ New Blood Web Series Competition has announced its finalists - now it's your chance to vote! 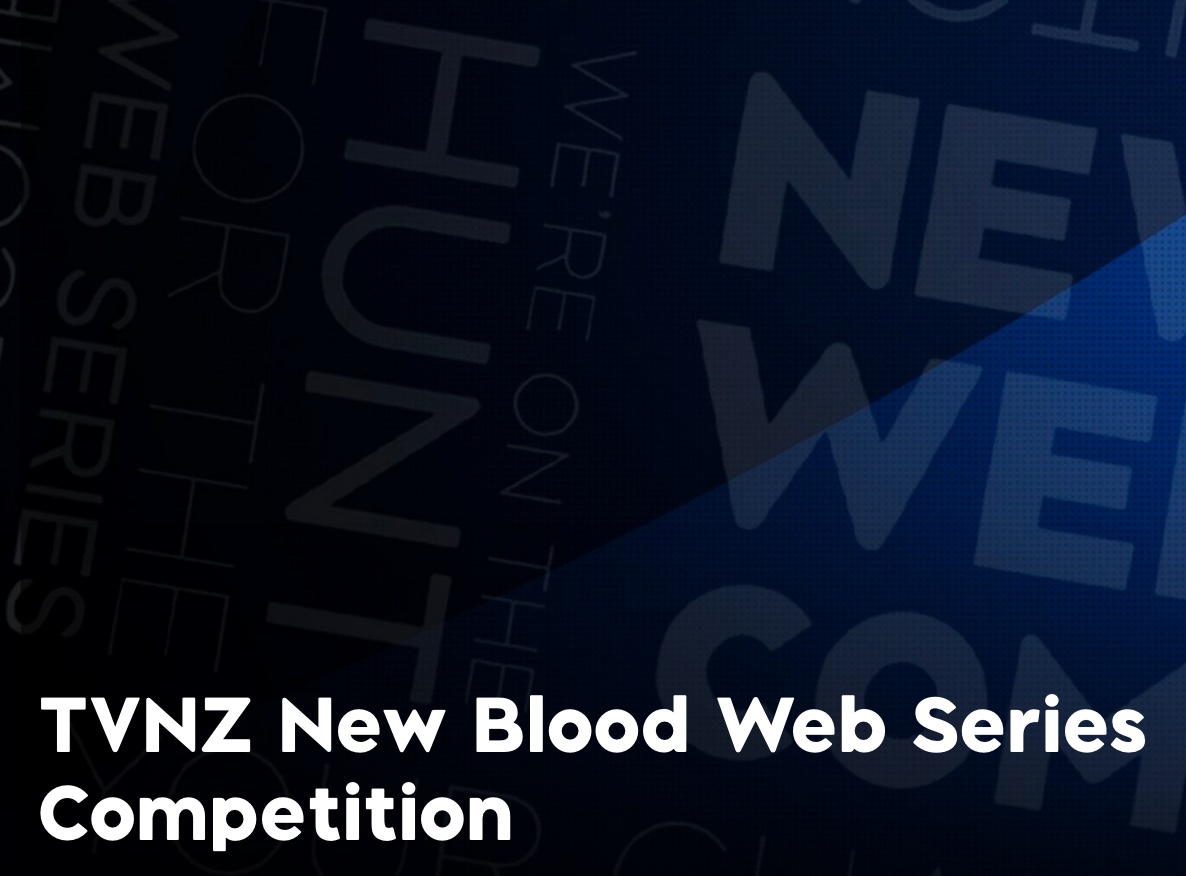 The most popular will receive $100k of funding to turn their idea into a series, so make sure you choose wisely!

We're pround to have so many Auckland Actors involved in both writing and acting in so many of these pilots!

Our man Pio Terei has been collaborating with Scholastic for a few years now, THE KIWI HOKEY TOKEY 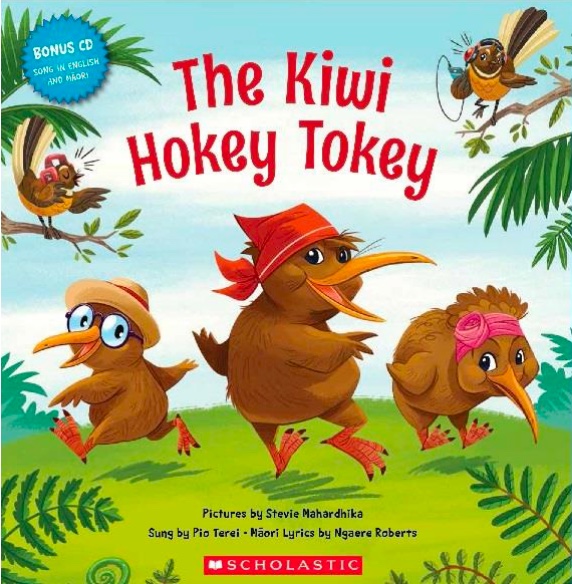 is the latest in the series of books he's lent his iconic sound to.

The book is full of well drawn NZ animals, and the familar song is playful and catchy, with lots of actions for kids to perform.

Pio sings in English and in Maori, with a guitar-only version on the CD also included so children can sing themselves.

Kids love these sing-a-long books and we're proud to have Pio continuing to entertain another generation of Kiwis.

Auckland Actors are starting 2016 with the aim of faster communication with our actors when it comes to updates on news, castings, audition notice opportunities, & supporting our actors.

Head on over & 'Like' the page if you haven't already.

Looking back over previous columns in this series I was amazed to realise that this will be the tenth such endeavour. What seemed recently to be a new venture has already effectively become an institution, one which successfully allows different facets of our industry to throw some light on the concerns and aspirations of their patch.

From the perspective of the Actors Agents Association of New Zealand, the industry is always simultaneously great and frustrating, full of optimism but also pessimism. We anxiously look forward to each new drama series and feature film as they are confirmed then have to accept the reality that it’s usually someone else’s people that have won the right to play the leading roles after a roiling audition process. We treat each new commercial casting brief with hope as it arrives in our inboxes only to despair as the small print often reveals a lack of understanding of the importance of the performer and the impact on them of a successful campaign. Nonetheless there seem to be always more individuals setting up as agents and few if any closing up shop, so it is fair to say that positivity wins hands down the vast majority of the time.

Currently we are very proud that after a couple of years of trying we have now created an internet portal that allows anyone to access local performers without having to either wade through a mass of Australians or make the trek to each individual agent’s website. As a result of support from Showcast, the AAANZ website is now a gateway to all those performers who value themselves and their professionalism to list themselves as interested and available to work on productions happening here – both local and foreign – and, hopefully, those happening overseas. Treat yourself to a visit and bask in the vast pool of wonderful talented individuals. (And let us know if there are aspects of the site that we can improve!)

Taken from Script to Screen newsletter.

Script to Screen and WIFT NZ are proud to present a discussion with prolific Danish producer and broadcaster Piv Bernth (The Killing / Danish Broadcasting Corporation).

With a background in directing for theatre and screen, Bernth moved to producing in 1998 at Denmark's broadcaster DR. Here she produced Emmy-winning Nikolaj and Julie and internationally lauded The Killing, as well as executive producing The Bridge. In 2012 she moved into broadcasting as DR's Head of Drama, green-lighting titles including Borgen and The Legacy.

Join us to hear Piv Bernth talk to NZ producer and distributor Jill Macnab (Born to Dance / Vendetta Films) about her approach to developing drama. As they pick apart the Danish model, learn how a small nation continues to produce compelling TV drama that finds a global audience. What can we learn from a model that champions writer and story, and is dedicated to giving audiences challenging work?

Tuesday 27th October, 6:30pm drinks, 7-8pm discussion. $10 koha suggested. Includes a glass of wine before the talk and a slice of pizza afterwards.

DVDs of some of Bernth's titles such as Borgen, The Killing and The Bridge, as well as other lauded TV drama such as Force Majeure and The Returned, will be available for purchase at reasonable prices courtesy of distributor Madman Entertainment. Eftpos available.

Jill Macnab has an impressive and varied career in producing, distribution and marketing. After a stint in theatre management at Edinburgh Fringe, Macnab headed the sales and marketing department at Vendetta Films before aiding their international acquisitions launch. Most recently she has produced her debut feature film, Born to Dance (2015) directed by Tammy Davis.

The AAANZ's new website has launched in collaboration with Showcast to create a new and exciting international database.

Accessible to casting directors worldwide, the AAANZ's talent section is the only NZ based website to compile all of New Zealand's working actors in one place.

The Actors Agents Association of New Zealand (AAANZ) supports the decision by Auckland Council to allow ATEED to seek arrangements for a film studio precinct at Hobsonville Point.

The AAANZ wholeheartedly agrees with the Auckland Development Committee’s decision to greenlight Auckland Tourism, Events and Economic Development (ATEED)’s proposal to put together a deal for the private sector to either lease or buy 20ha of council-owned land at Hobsonville Point to develop a purpose built screen precinct, with 10ha to be used for new housing.

The AAANZ is the organisation which advocates for both the nation’s actors agents and their actor clients. Its members are certain that Auckland needs to facilitate the setting up of an integrated screen precinct which supports studio facilities as well as general industry and specific screen training for all disciplines. We believe that the creation of this precinct will attract and support both international and local film and television productions as well as provide a central location for the many service suppliers such as equipment rentals, training institutions, fx creators, casting directors and agents.

Auckland’s screen production industry is a very important part of both the regional and the national economy. The AAANZ looks forward to continuing to support the initiative as it is finalised.