The Inland Road to screen at the NZ International Film Festival

Jackie van Beek’s debut feature film THE INLAND ROAD, has been selected to screen at the 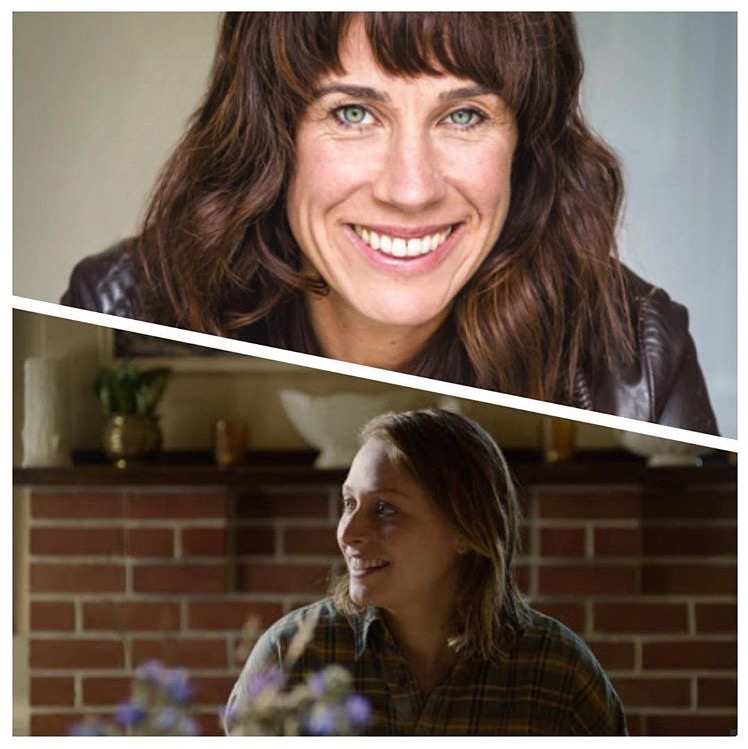 The film had its world premiere in February at the Berlin Film Festival, and recently played at the Seattle Film Festival.

We can't wait to see Jackie's work, described as a 'satisfying debut' by The Hollywood Reporter.

Firstly I want to apologise for keeping everyone in the dark regarding dates for this years competition. We've not gone 'troppo' on you.

There's been some dull administration reasons for the delay in announcing the dates that have been unavoidable. I really hate not being able to lock in a date in advance and I know many of you feel the same way.

All of which means we won't be having the 48 weekend during May this year. We're going to have to move it til later in the year and this is where we need your (and teams) help. If you could take one minute to answer some simple questions on this link attached, it would really help us a lot in nailing down the comp for this later year.

Thank you for your undying patience,

A New Zealand short film about a dead cat seemingly gallivanting across the globe has won an award at the world's largest short film festival.

Madam Black took out the Prix Du Public, or Audience Award, at the Clermont Ferrand International Film Festival in France over the weekend.

The film has also won a number of awards at festivals across Europe and the US, and the audience choice award at the New Zealand International Film Festival last year.

It tells the story of a photographer who kills a child's cat, but doesn't have the heart to tell her.

Instead, he poses the taxidermy feline in front of backdrops in his studio, and gives the girl postcards from her pet, outlining its apparent adventures.

‘What We Do in the Shadows’ sequel in the works

Taken from the NZ Herald.

A spin-off film centred around werewolves is in the works to follow cult comedy vampire mockumentary What We Do in the Shadows.

Kiwi director and writer, Taika Waititi says his next project after finishing Thor: Ragnarok will be the spin-off We're Wolves.

Co-writer and director, Jemaine Clement of Flight of the Conchords fame is also on board.

"Jemaine (Clement) and I are trying to write a werewolf spin-off, yeah, so that will most likely be the next thing," he told Crave Online. "It's going to be called We're Wolves, like We are wolves. We're Wolves."

No word yet on what the plot will entail and whether any of the werewolves - which included Rhys Darby - from the first movie will make a comeback.

A tiny Auckland theatre company is celebrating after learning its debut show will be made into a movie.

Bullet Heart Club, started by Rochelle Bright and Kitan Petkovski in 2013, will develop Daffodils, which is inspired by true events, into a feature film with Emmy award-winning production company, Wellington's KHF Media.

Last year was a landmark in New Zealand cinema history.

Kiwi filmmakers were smashing it in almost every genre with horror comedy Housebound, crime thriller The Last Saint, moody drama Everything We Loved, te reo action film The Dead Lands, indie romance Sunday, self-funded sci-fi Jake, funny found-footage fantasy What We Do in the Shadows, and NZ Film of the Year The Dark Horse.

With all those narrative releases, 2014 was an undeniably golden year for our country's film industry.

Wow, what the hell happened? With barely any homegrown narrative features released in cinemas or straight-to-video, NZ cinema has gone from a triumphant sprint to an embarrassing hobble.

I guess we pulled a hammy or something.

Next generation of Kiwi films revealed

Images from the next wave of New Zealand films - both adaptations of prominent writers by leading directors - have been revealed.

The first official image from Hunt for the Wilderpeople, Taika Waititi's take on the Barry Crump tale Wild Pork and Watercress is out today.

It shows Sam Neill as Uncle Hec on the lam in the bush with foster nephew Ricky played by Julian Dennison, who made his feature debut in Shopping.

"I don't think Sam or Julian had ever spent much time in the bush before so when you see them in this film you'll know they're really acting," says Waititi whose next film project will be a the third Thor movie for Marvel.

"People will fall in love with these underdog characters as they take us on an exciting adventure through the New Zealand wilderness. The bond they form along the way endears us to them even more" says Waititi.

Taken from THR, by Pip Bulbeck.

The Australian government has announced funding of $34 million to secure both films.

Marvel’s Thor: Ragnarok and director Ridley Scott's next Alien film will both be made in Australia in 2016, after the Australian government offered $34.3 million (AUS$47 million) of investment to secure the shoots, the nation's foreign minister Julie Bishop announced Thursday.

According to Bishop the two films will bring more than $216 million in offshore investment to Australia’s economy, provide over 3,000 jobs and use the services of thousands of Australian businesses.

"Australia's creative industries are well placed to take advantage of a growing global economy, and I have been actively promoting Australia for the production of major international films," Bishop said.

Running over the weekend of Halloween, but with nary a nod to such shenanigans, the inaugural outing of the Arohanui Film Festival has now announced its line-up.

Scoring a world premiere is no mean feat for a new festival, but Arohanhui kicks off with one: Joe Hitchcock’s Penny Black. Shot on a 27-day, 1400km tiki tour of the north island, during which the high-class world of high-strung supermodel (the eponymous Penny Black) collides with a low-key anarchist and his zebra van.

Finally… We finally get to see Deathgasm, the homegrown heavy metal horror that’s been wowing international audiences. And in venues like The Civic, no less! High on anticipation, we talked to director Jason Lei Howden about his film before the first Kiwi audiences get to experience the craziness as part of the NZ International Film Festival.


FLICKS: You must be pretty excited about bringing your movie back home.

Yeah, very excited. It’s been crazy. I’ve been to audiences in America and Brazil and Sydney so it’s been really exciting to come back. It’s kind of like a hometown screening I guess.

Big time. What are you most looking forward to about seeing it was a bunch of Kiwis?

It’s going to be great to share it with all the people that have worked on it and put so much into it who haven’t seen it yet. That’s really exciting.

And also seeing how Kiwis respond to the humour. It had a really good screening to a sold out audience in Sydney at the Film Festival a few weeks ago. Yeah, really looking forward to seeing how that goes.

I guess there’s a precedent for Kiwi splatter-comedy-horror-awesome-nonsense travelling really well internationally. It’s not like it’s something that audiences overseas haven’t seen before. Do you think it’s going to be a tougher audience back home?

I guess there is the cringe factor which seems to have changed a bit recently, but yeah, there was a time when New Zealanders couldn’t watch people with New Zealand accents on TV and movies. Not so long ago even. Hopefully, that’s changing. We got a great response in the US. I didn’t even know that we’ve almost got a reputation for these crazy horror movies now. A lot of people in the US, that’s what they think of when they think of New Zealand cinema. It’s great to be contributing to that image I guess.