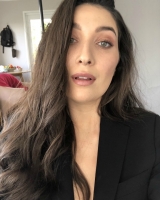 Awhimai is an Actress and professional singer.

In 2019, Awhimai acted in a six-month stint on Shortland Street as 'Nurse Becky Burrows'. During her time on Shortland Street, Awhimai was asked to sing as “Nurse Becky” alongside Jayden Daniels (Curtis Hannah). The video was an overnight sensation, bringing in over 310,000 views, 8,800 likes, over 700 comments and over 4000 shares.

A true triple threat trained in Musical Theatre, Awhimai has performed both Nationally and Internationally on numerous occasions. From singing the National Anthem for the Silver Ferns, travelling to China as part of the NZ Mayoral delegation as a guest singer, to singing in Nationwide events such as Coca-Cola Christmas in the Park, Awhimai has done it all.

Through her Social Media platforms, Awhimai is authentic and engaging as she reaches out to her following, not only through television song and performance but also through leadership, love of her Culture, health and beauty and promotion of New Zealand businesses.